I think I'm starting to get the hang of this sewing malarky after all.  I'm rather pleased with the latest creation - a Monique Dress.  All created from some vintage fabric off Ebay and some cotton curtains from a charity shop back home.  All created in time for wearing to a wedding next month.

Next we tackle French seams...! 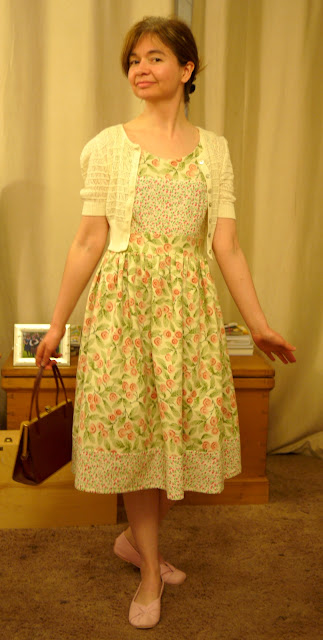 Posted by Maureen at 1:09 pm No comments:

So I started sewing!

I finally got round to getting a decent sewing machine at the end of October 2011 as we had John Lewis vouchers we had received for our wedding back in 2010 and  we had never got round to using them as being old buggers when we got hitched then we had most of the housey stuff you would get from JL.  So, as long as I promised to get round to making stuff for my DB then a sewing machine was a'right.  The rest of the vouchers went on a fridge freezer because we really know how to rock and roll!

Ebay has been plundered for fabric and patterns.  A theme is emerging of loud and in your face fabric just ripe for the 50's to 70's patterns that seem to be attracting me!

There are mistakes (obviously) but everything is wearable in public!

2011 wasn't as productive as 2010 but not bad considering the "stuff what happened"!

It wasn't my most productive year but then I did also start sewing, albeit very slowly, which has slowed down the speed of production somewhat... 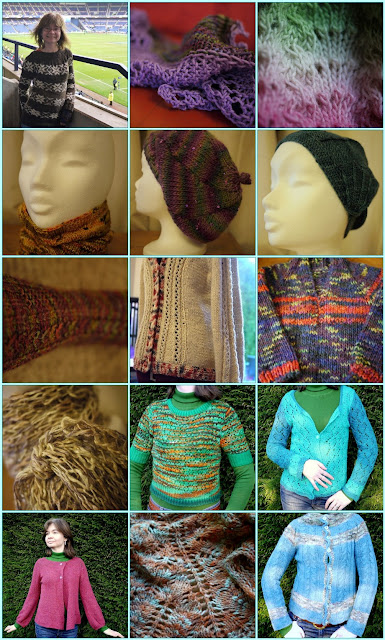 Knitting is not the new yoga or other such trendy analogy.  It is knitting in its own right and has been around for centuries.  I’m not knitting to be cool, hip and happening. I’m knitting because I like making stuff!

Posted by Maureen at 1:44 am No comments:

I am an Offbeat Bride!

It finally happened.  I submitted our wedding to Offbeat Bride and got the shock of my life last night when I wandered over to the site for a looksee and saw a very familiar photo in the sidebar. A tad surreal to say the least, especially as it all seems so long ago!

This two-part wedding had an intimate humanist ceremony followed by amazing seafood at a local restaurant and then a cracking ceilidh for the rest of the guests the next day. Though there were some hiccups with the liquor license, this wild bunch still managed to leave some blood on the dance floor from the "dance of death!" Wild, woolly, and amazing. Would you want it any other way?
Posted by Maureen at 1:19 am 1 comment:

I may not have blogged much but I certainly have cranked the needles more than I thought which is not bad going in a year in which I got married, changed jobs, took on a new family and still tried to have a life! Posted by Maureen at 5:42 am No comments:

Arbroath Abbey - 5th August 2010
Myself and Derek got married, humanist style, in front of 3 friends and our Mum's.  It was lush :-) 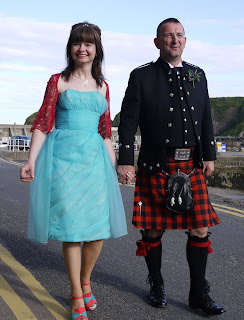 This is a Flickr badge showing items in a set called Knitting. Make your own badge here.